Logic’s Compressor has been a longtime staple in the AU plugin folder. Boasting 7 different compression circuit types, you have plenty of options to enjoy.

It’s funny, because for years I assumed Logic’s Compressor didn’t have what it took to do a good job. So I bought compressor plugins – lots of them!

I bought digital compressors. And then I came to the conclusion that I needed “analog” style compressors. After that it was plugins that emulated specific hardware.

All the while Logic’s Compressor sat in my plugin folder…

Then one day, after using 3rd party compressors for years, I popped Compressor. And what I realized startled me. Hell – it embarrassed me!

For all my searching and spending, Compressor had it all already. The emulations and control was all there.

I just had to look. 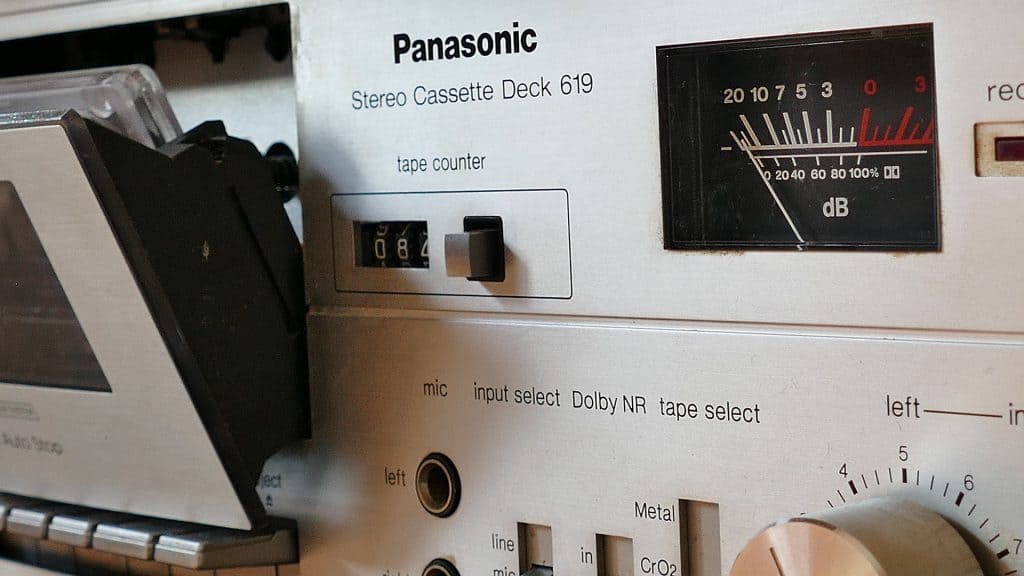 It’s easy to get wrapped up in the “analog vibe” mania of the plugin world.

Once upon a time pro mix engineers said digital audio didn’t sound as good as analog. Then along came plugin companies. They worked hard, and created plugins that aimed to sound like the hardware.

And that’s all well and good! But when an idea manifests in the audio world, it seems like it just never goes away.

To this day people still argue about analog vs digital. Doesn’t matter if pro mix engineers now have ditched the console for a laptop. People are still arguing over on Gearslutz.

So we feel bad, and we spend our money in search of a hazy idea. It’s like we’re chasing a mirage in the desert.

But it turns out Logic beat everyone else to the punch a long time ago. And while we’re all spending our hard earned cash, Compressor was hiding in plain sight!

The 3 Features You’re Missing Out On

And Logic’s Compressor reacts differently based on each different circuit type.

But the real analog fun starts a little deeper into Compressor:

Distortion is the key to Compressor’s analog goodness. By enabling it, you turn on a subtle degree of distortion that mimics the inherent noise in an analog compressor.

The “vibe” and “life” that analog gear bestows to a track is exactly that – noise. Analog compressors, tape machines, and preamps generally have some degree of noise.

And this noise can shape our tracks in surprising ways. Sometimes it tightens up the tone of an instrument. Other times it can make an instrument punchier.

Compressor lets you decide if you’d like to add the subtle sound of distortion to your tracks. And not only that, you get 3 flavors to choose from:

Each setting adds its own vibe. Soft actually being the most aggressive, and Clip the least aggressive. Just by introducing some Distortion, you can add a ton of life to a track.

But few people know how far you can actually take Compressor’s distortion. In fact, for years I had no clue… 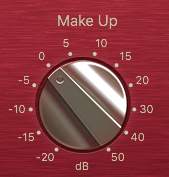 For a moment let’s talk about what Make-Up Gain is actually for.

When you use Compressor, your goal is to compress your track. As you playing with Ratio, Threshold, Attack and Release, your track’s volume is going to change.

Sometimes Compressor causes your track to get louder. Other times quieter.

This can be a problem. Because at some point you’ll compare your track both before and after the Compressor.

But how can you do that when the volume is drastically different when you bypass it?

It won’t matter what Compressor’s settings are. Because the volume change will be too distracting to compare.

That’s what Make-Up Gain is for. To make up the difference in volume. You do this by adjusting Compressor’s volume to match the volume of the track when you have Compressor bypassed.

However! Why is it that Logic provides a Make-Up Gain knob, and an Output Gain knob? Both presumably do the same thing, don’t they?

It turns out they don’t.

Compressor’s Make-Up Gain comes before the Distortion. While the Output Gain comes after everything that Compressor does.

And as the Make-Up Gain gets louder, your track will get more and more distorted.

Whether you’re looking for some subtle saturation or gnarly distortion, the Make-Up Gain makes it all happen.

The last piece to the Compressor puzzle is the Mix Knob.

For the longest time I had no idea why anyone would choose to set this wet/dry knob to anything other than 100%. I’m using the Compressor to compress our track, aren’t I? So why wouldn’t I commit 100%?

Well, there’s a few reasons why. By definition, compressors compress audio. They flatten dynamics, and they do this by sitting on your transients.

There is such thing as too much compression. Even though that 20 dB of compression makes your drums sound crazy by itself, in the mix they’ll disappear.

And that’s because the drum hits can’t poke through the mix.

And when you’re throwing in Distortion and Make-Up Gain, the Mix knob can be even more valuable. You can really hit your track hard, and then find a nice balance in-between.

Logic’s Compressor is a brilliant compressor with tons of creative options. And if you look a little deeper you can make your tracks pop: