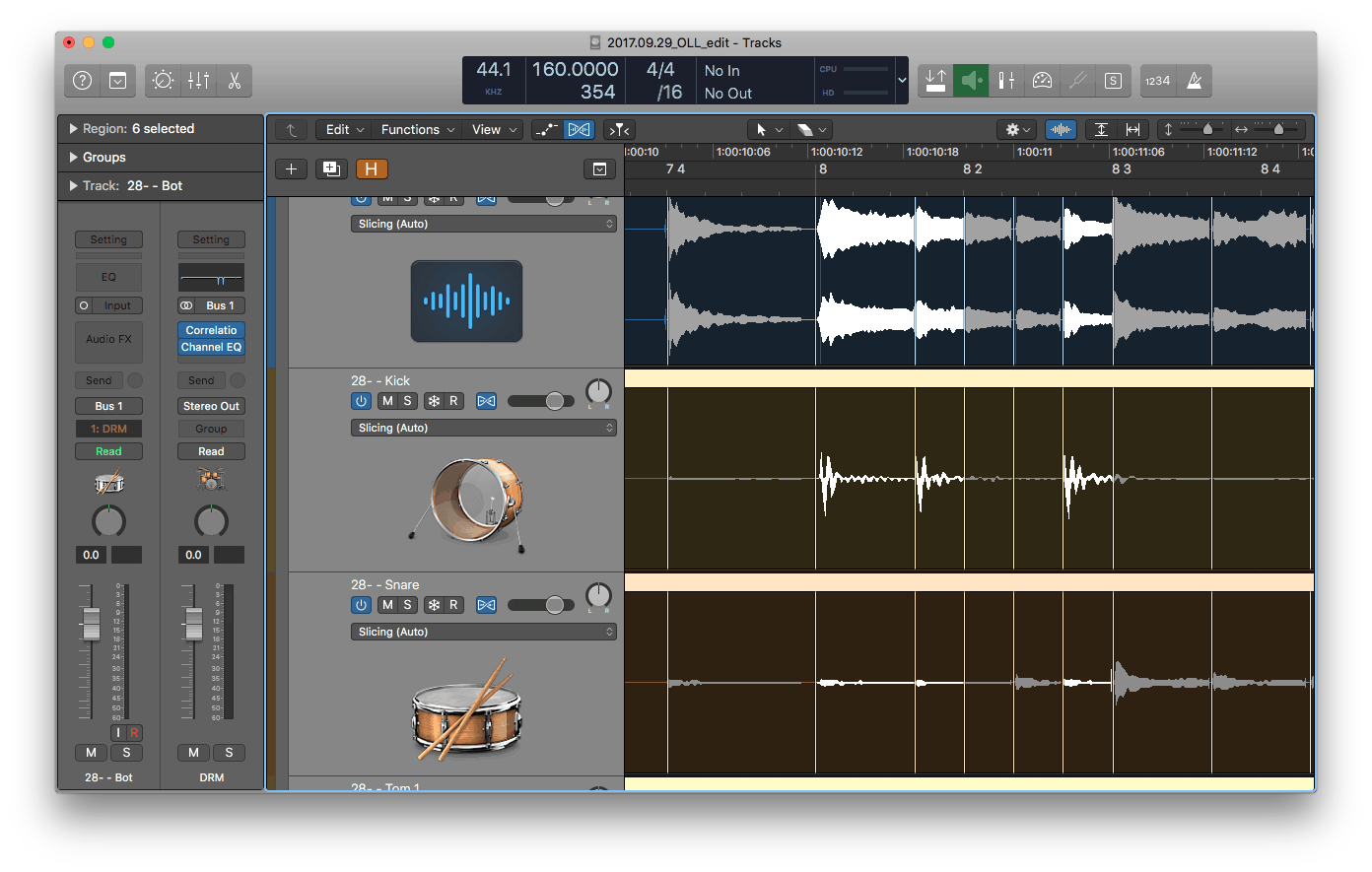 The brilliant and innovative system for stretching audio like play-doh.  I quite literally use it on every project. From the amazing sound quality to ease of use, I couldn’t be happier.

But sometimes we all run into a situation with Flex. And then the our first immediate reaction is:

There are, of course, a million and one different ways you could use Flex Time. And with that many options, I suppose there’s at least one time it’ll screw up.

More often than not though, I hang my head in shame because of  one tiny detail I forgot about.

Those tiny details are always the worst, aren’t they?

So today I want to save you some frustration when it comes to Flex Time. This list may not have all the answers, but it should have most.

1. Audio Region Shrinks/Expands When Flex Time is Turned On

This is probably the most asked question I see on forums related to Flex Time.

You need to Flex a track. Maybe you needed to tighten an instrument to the grid. Or perhaps you want to change it in a creative way.

What happens though, is nothing short of bizarre.

You open up Flex Time (Cmd – F), and turn on Flex for your track. Logic analyzes your audio and…

Your audio region suddenly changes length in a big way:

Even worse – your track is playing at a speed no where close to how it should actually sound!

What the heck happened???

Flex didn’t break your instrument. And this issue is fixable.

What we’re dealing with here is Tempo Information that’s stored inside your audio region.

What the heck is Tempo Information?

Anytime you work with audio in a Logic project, Logic adds tiny bits of information to your audio files.

And one of the things it stores in your audio files is tempo.

This makes it super easy for Logic to import and export audio files between projects.

For example, if you load up a bunch of tracks from one project into another, Logic asks if you’d like to import the tempo as well. 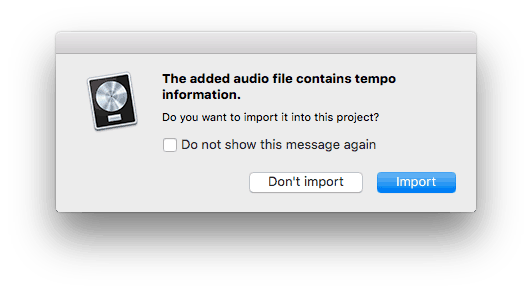 The only time this is a problem is when you’re flexing an imported track in a session with a different tempo.

99.9% of the time this is no biggie.  But since the audio region’s tempo doesn’t match the project tempo, a boo boo occurs.

When you turn on flex for that audio region, flex has to try and reconcile the conflicting tempos.

So your region reverts to the length it would be at its internal tempo, but plays at the tempo of the project.

In this case, we need to remove the tempo information from your audio region. And then we’ll need to export the project’s tempo into the audio file.

Start by turning off Flex Time. Then select the region you wish to fix.

Next go up to the Edit menu in the Arrange Window header and go down to Tempo: 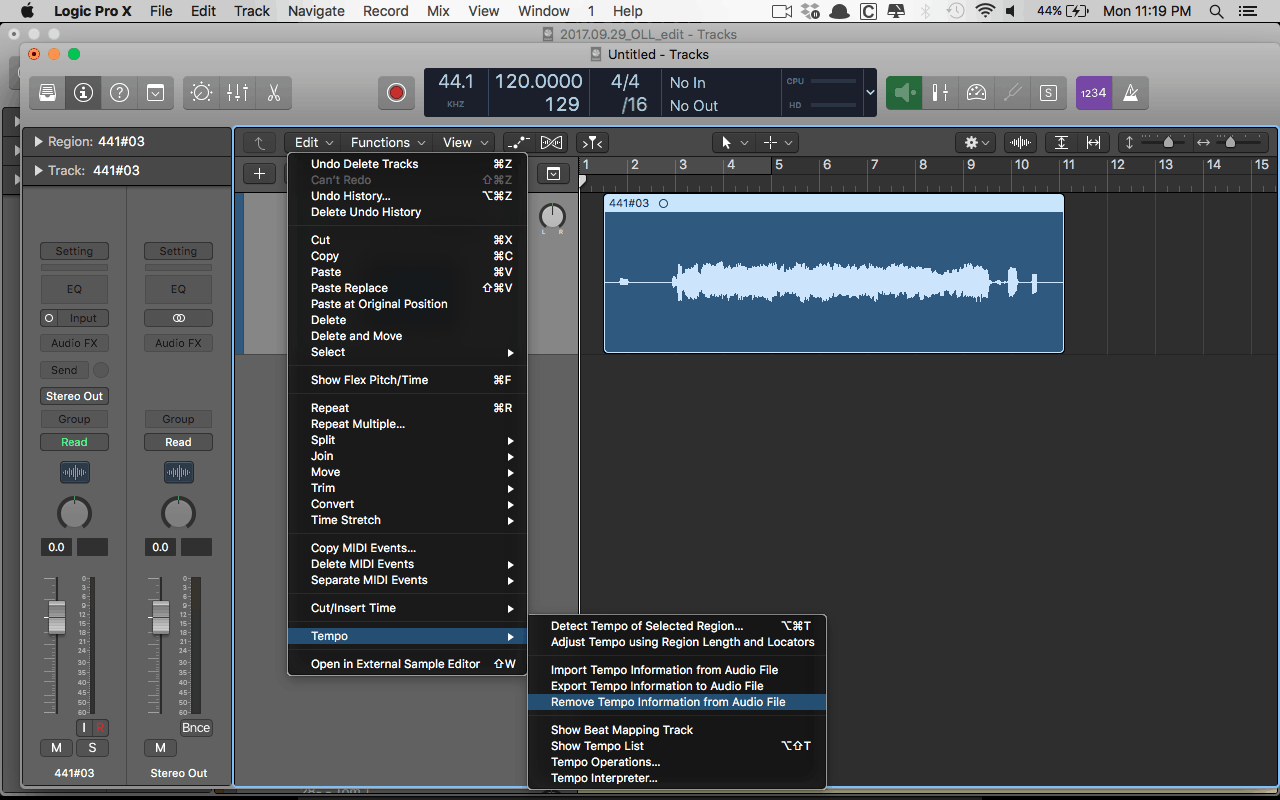 Once you remove the tempo information, you’ll need to replace it with the current project’s tempo:

Now turn on Flex for your audio region. Notice anything?

It stays as stable as a horse.

Sometimes an audio region doesn’t seem to want to get on the Flex wagon.

You turn on Flex Time with Cmd – F, and one lonely region doesn’t seem to want to cooperate: 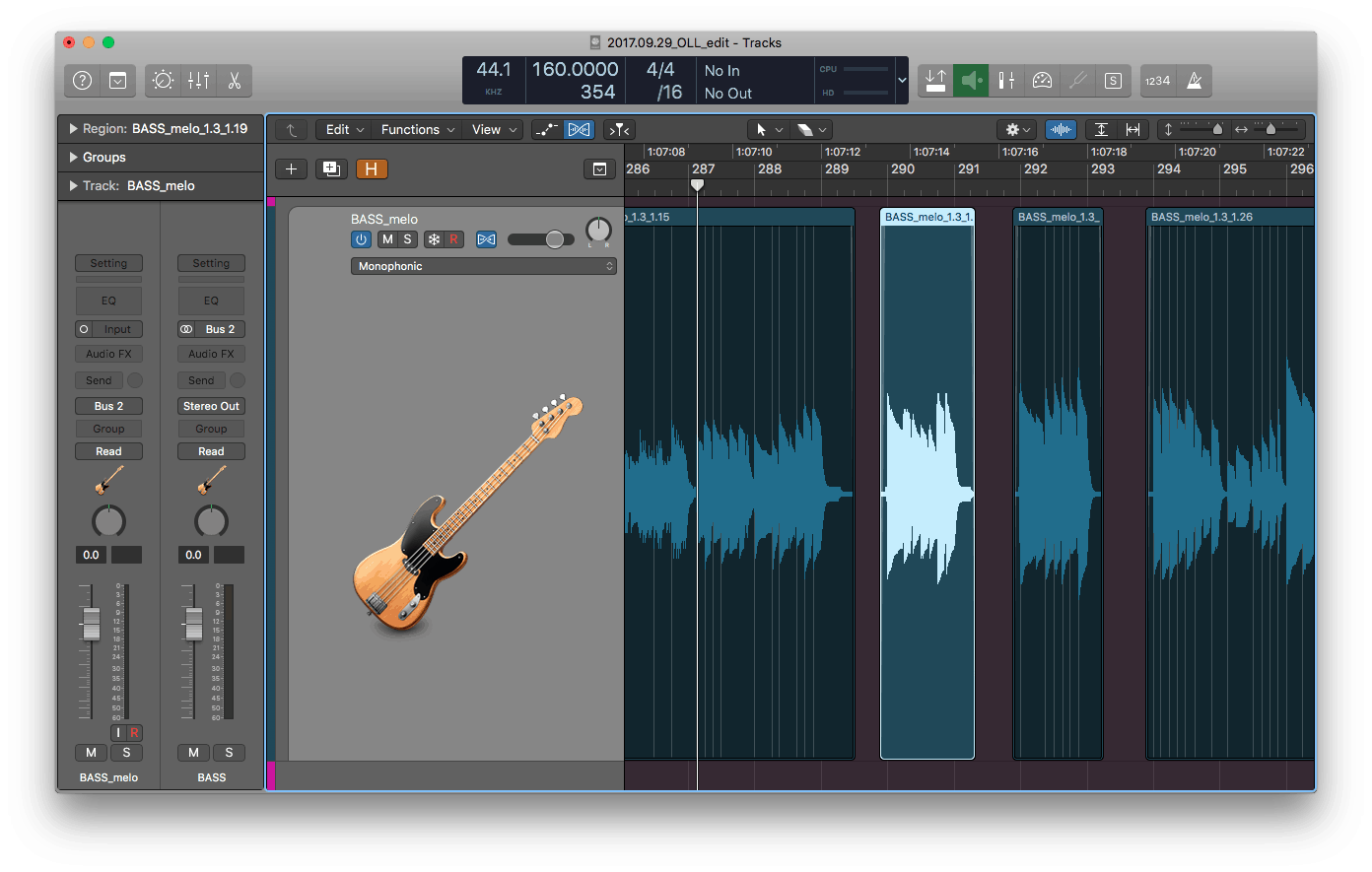 This is an easy fix. But it’s gonna sound silly:

Flex isn’t enabled for that one audio region.

I know, but believe me. For one reason or another, that one audio region has flex turned off.

To find out, highlight that region. Then go to the Inspector with Key Command I:

And open the Region Inspector section at the top:

And if you take a look, there’s a header in there called Flex with a box next to it. Click on that box:

Don’t fret my friend. No one will know 🙂

You’ve started flexing your tracks. But for some reason, flexing makes your tracks sound phasey.

Which is a problem, because you’re looking to stretch the track. Not start a prog rock band.

Flex is supposed to preserve phase, isn’t it? So what gives?

There’s a couple roads you’ll have to wander down to find the root cause:

1. Are Your Tracks Grouped and Phase Locked?

When flexing a multimic instrument such as a drum set, it’s super important to group your tracks.

For instance, you can’t move only the snare track in a multimic kit. Because if you move the snare and not the overheads, kick, or anything else, you’re destroying the phase relationship of the kit.

So it’s important to group all the drum tracks together, and flex them together.

To do this, you’ll want to open the mixer with key command X. Then select all the tracks that you recorded at the same time: 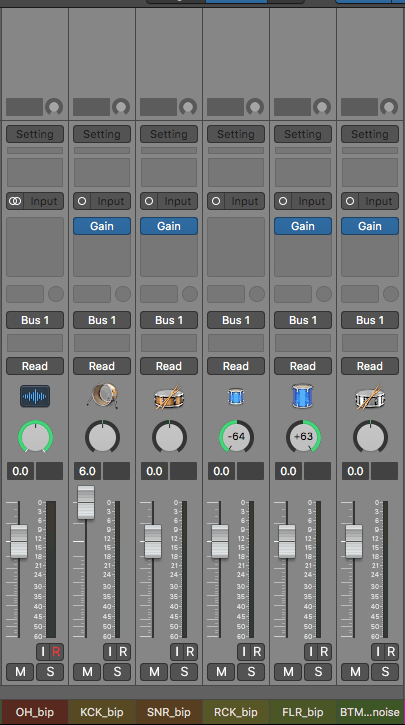 In this example, all these drum tracks were performed and recorded at the same time.

Then click on the Group field, and select the next available group: A new Group menu should pop up in the region inspector:

With your new group highlighted, open the Setting tab at the bottom of the menu. From there click on Editing (Selection), and Quantize-Locked (Audio) below that: 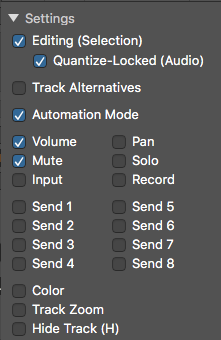 Now your tracks are phase locked for Flex!

2. Did you pick the right Flex algorithm for your instrument?

Picking the right Flex mode is crucial for quality results.

And each flex mode is designed for a specific purpose:

3. Are you stretching a high-gain, distorted instrument?

Electric guitars fall into this category.

Flex uses some complicated math to alter the timing of your tracks. When you stretch them, it has to approximate and mimic the behavior of your track for it to sound natural.

The more distortion you add to something, the more harmonics are introduced. Which makes the process more complicated.

If you have several mics on a distorted instrument, they’re catching all sorts of frequencies at different times.

Trying to Flex them even when they’re phase-locked is a feat. As flex does its magic, it can’t do its thing without changing the phase of each track.

But in high distorted situations, it reveals the phase shift.

You’re better off bouncing your multimic distorted instrument down to one track and Flexing that.

Flex Time is fantastic for editing and stretching instruments. If you ever run into problems, it’s best to double check your work: