If you care about your Logic Projects in the least, then it’s crucial that you back them up. It’s often said that if your data isn’t living in at least 3 places, it might as well not exist at all!

While 3 separate locations might seem excessive, the point is there are a lot of things that can happen to your cherished files. Stuff we dare not even imagine.

But the fact is those things we dare not to imagine do happen. Things like:

The list is long. But the lesson is the same – the more places you save your Logic Projects, the safer your creative work is from one single stroke of bad luck.

But maybe you’re way ahead of me! And you’ve already begun backing up your most important Projects.

You’ve invested in a few external hard drives. Even some cloud storage. And not too long ago you set out to put together a backup strategy for your work.

Let me ask you – how’s that backup situation going?

If you’re anything like how I was for many years, maybe it’s going a bit “so-so?”

The Struggle of Maintaining Backups

Backups require a lot of diligence. As you work on your Projects, you are then in charge of backing them up to your other “safety” locations.

Backing up basically means “copying and pasting.” You copy your current Projects-in-progress to the cloud or to another hard drive (or both). And then you continue to copy and paste those Projects every time you make even the slightest changes:

That last one might seem silly. But who knows? In that split-second listen-through, something may have changed. A plugin tweaked, a fade added. Something that you could regret losing.

Your Mac does have some great ways to help you figure out what’s old and what’s new. Dialogues that tell you if you’re trying to Merge or Replace newer or older files: 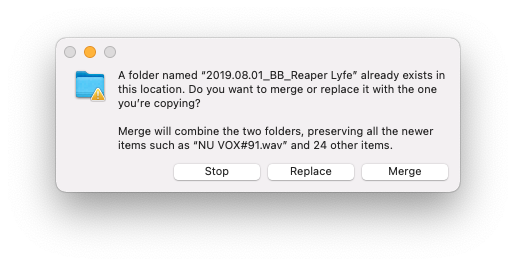 But let’s be real – backing up is a chore! Most of us daydream about writing and recording amazing music. Not keeping meticulous digital records like a librarian.

That’s why today I’d like to show you how you can completely offload and automate the entire backup process.

No more manually copying and pasting your Projects. No more double-checking modified timestamps in the Finder. Once set up, the entire system is “set it and forget it.”

However – you will need two 3rd party applications to make this all work.

But I’m telling you, this system is a thing of beauty. I even found out the hard way when I accidentally deleted the entirety of my cloud-based backup…

Which was then perfectly restored a day later.

Here’s what you’ll need to level up your backup system for your Logic Projects:

Once set up, here’s how your backup system will look:

This provides you with 2 separate local copies and one cloud-based backup. All maintained automatically for you 🙂

Caveat: I am assuming here that you use an external drive for saving and working on your Logic Projects.

There are a lot of great reasons to use a separate Project hard drive. Mainly to spread out the load so your Mac’s internal drive doesn’t have to do everything.

Offloading your Logic Projects to a separate drive is a huge way to boost Logic Pro’s performance. It’s one of the best ways to reduce System Overloads in your Projects.

But with the new M1 Macs and internal Solid State drives, do you really even need a separate Project drive anymore?

I reckon yes. Audio requires a lot of reading and writing of files. By offloading all those reads/writes to a separate drive, you allow your Mac to focus on running Logic Pro and the OS.

But even if you prefer to work from your Mac’s internal drive, Dropbox can backup your Mac’s Music folder as well. (Music > Logic is where Logic defaults to saving your Logic Projects).

But what About iCloud and Time Machine? 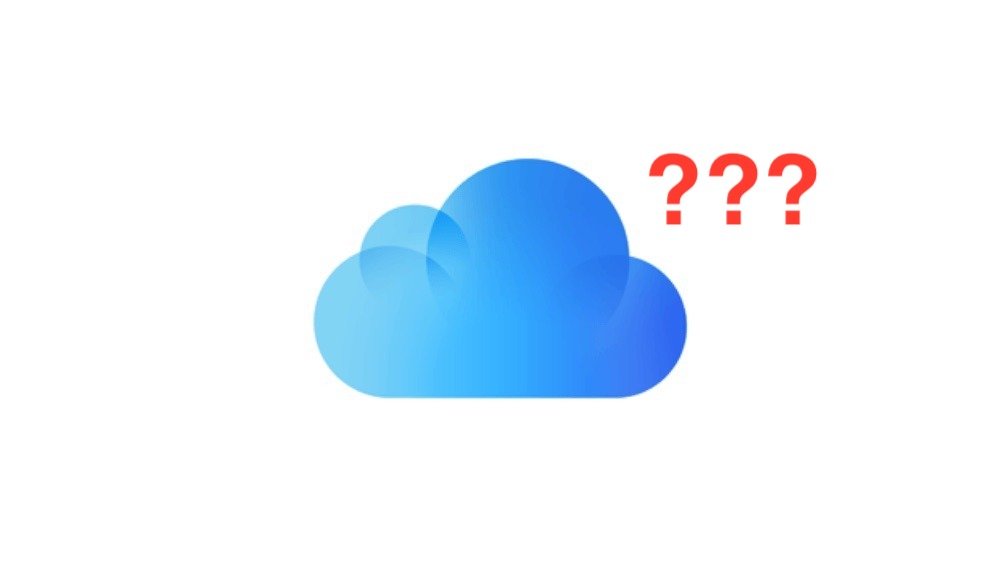 Now you may already be asking – what about iCloud and Time Machine? iCloud is a form of cloud storage that you might already be paying for. And your Mac already comes with the free and capable Time Machine backup app.

Dropbox and CCC allow you to be as pinpointed as you’d like about your backups. Want to copy only select folders or files to your backup destinations, and not the entire drive? No problem – both apps can do exactly that. 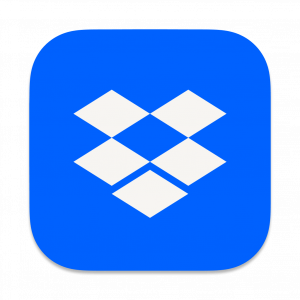 Now I know there are some folks out there with some rather strong feelings when it comes to Dropbox. But I’ve been a paying customer of Dropbox since 2014. And not once has Dropbox lost, deleted, or corrupted a single file of mine.

(On the contrary, Dropbox has saved me from myself!)

And now Dropbox offers the ability to automatically backup your external drives to the cloud.

This is a game-changer in my book.

To get external drives backed up, you’ll need a paid Dropbox plan. So at the very least you’ll need a Dropbox Plus plan. The Plus plan comes with 2 TB of space for $11.99 USD per month.

Next you’ll need to download the Dropbox app for your Mac. Once downloaded and installed, Dropbox will create a Dropbox folder on your Mac’s system. Which you’ll then be able to find in the Favorites section in the Finder: 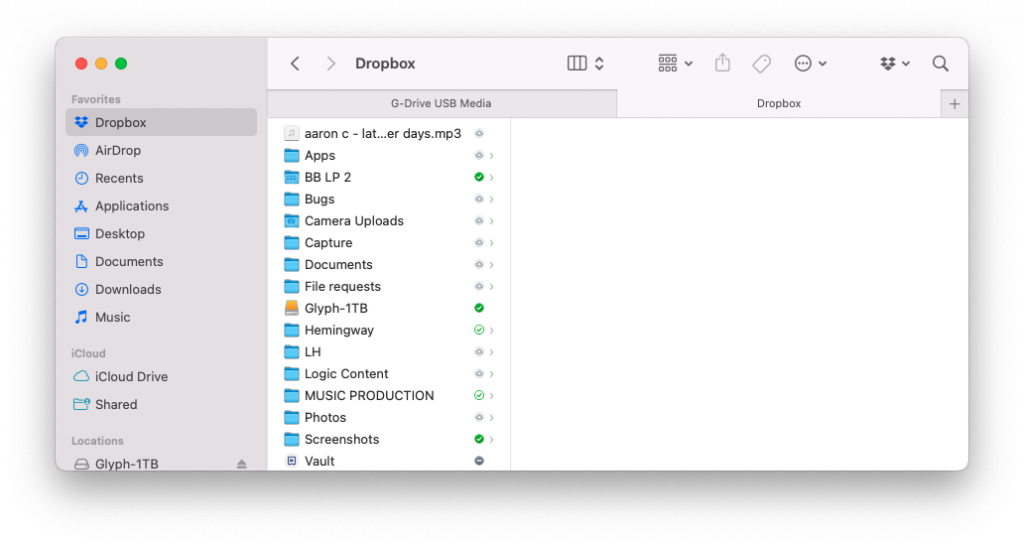 The Dropbox Mac app will also live in the background up in the Task Bar:

From here, when you place files into the Dropbox folder, the app gets right to work beaming your files to your Dropbox account in the cloud. Once complete, you should see a little green checkmark next to the files that have been successfully synced and backed up: 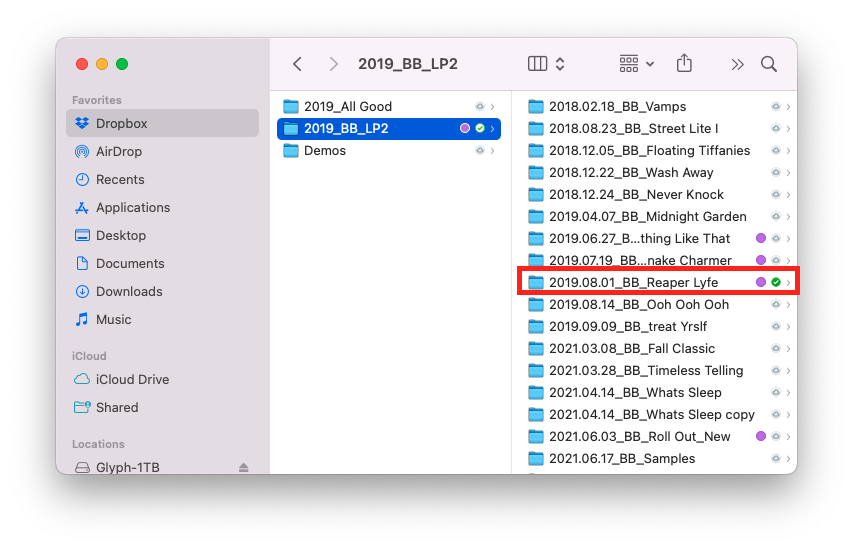 But Dropbox also has a great feature called Smart Sync. This allows you to choose whether a file should be: 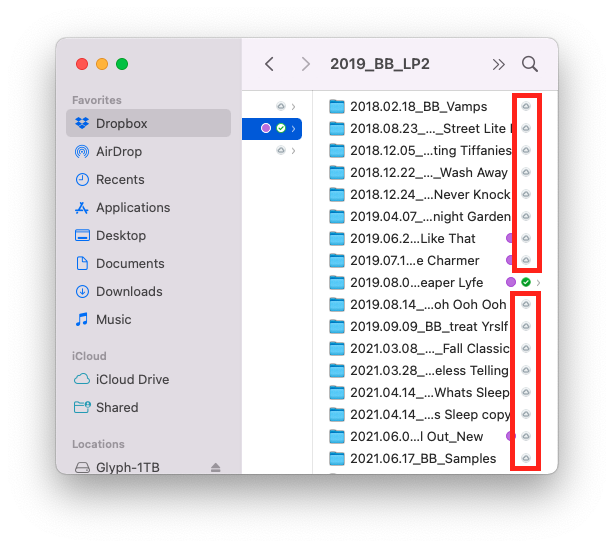 From here, plug in your external Project drive into your Mac. It may take a second, but you should see a pop up from Dropbox that looks like this:

Oh snap! Dropbox can see you’ve connected an external drive. And what Dropbox wants to know is – should Dropbox back up this drive?

Your options are as follows:

Once you’ve made your choice, the Dropbox app gets right to work backing up your drive. Depending on your internet speed and how much stuff you’re backing up, this may take a while.

But once complete, Dropbox will then automatically back up your drive to the cloud from here on out.

Every hour Dropbox will look at your external drive. And if anything has changed, Dropbox will update your online backup to reflect those changes.

And you know what makes this even more awesome? Is that the backup of your external drive is directly beamed to Dropbox online.

This means that the files never have to be copied to your Mac first before liftoff.

Oh, you’ll see a reference file in your Dropbox folder that represents your external backup: 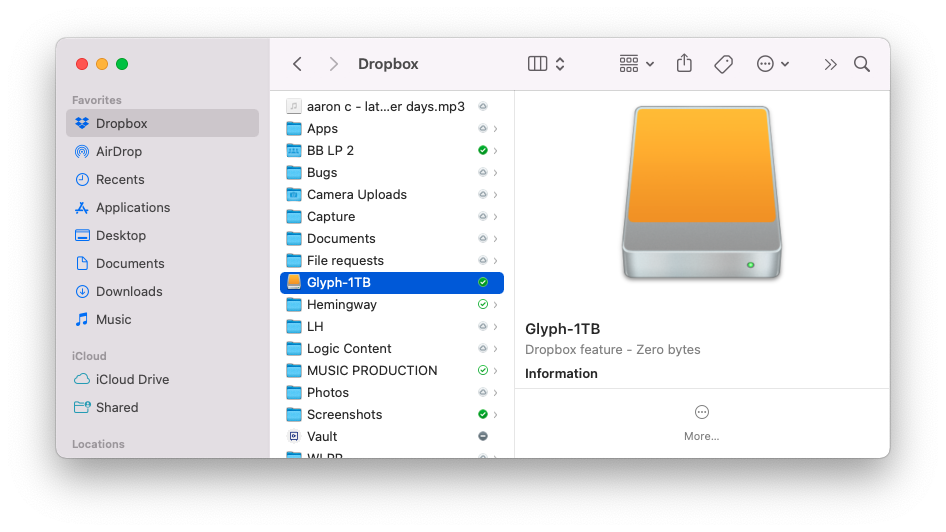 Booyah! The hardest – and most important part, imho – of the backup strategy is now covered. You have a cloud-based backup that is automatically backed up for you.

If your external Project drive ever disappears or gives up the ghost, no sweat! Navigate to the external backup reference and right-click.
Then select View on Dropbox.com in the drop-down menu: 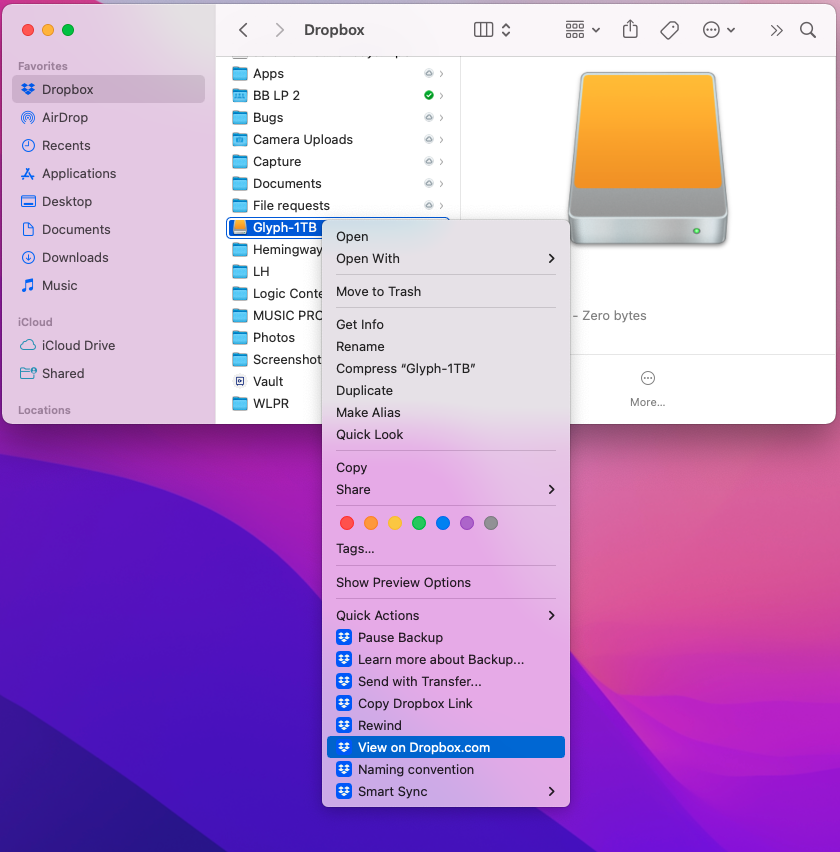 You’ll be immediately taken to your Dropbox account online. And from there you can download any/all your important Projects from the cloud:

And remember how I said I accidentally deleted all the contents in my Dropbox account?

That was terrifying! I watched every file of mine disappear into the digital ether. But thankfully Dropbox’s paid accounts also come with:

So I reached out to Dropbox customer service. And a day later, the kind folks at Dropbox were able to roll back my account to exactly how I had it before I screwed up. Phew! 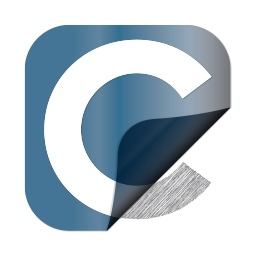 Now to be honest, I think most folks could get away with only one backup of their Projects. As long as that one backup is online.

Let’s be real – Dropbox’s entire business is backing up and storing people’s important files. Redundancy is critical to their business.

And they’re a big business with lots of customers. I suspect Dropbox is way safer than you or I will ever be juggling our external drives.

But of course you never want to only rely on a single backup source. So let’s now get your local backup system automated. And to do that, we’re going to use Bombich’s amazing Carbon Copy Cloner (CCC).

CCC is like Time Machine, but about a million times better. Here’s why:

1 – CCC is able to create bootable backups of your Mac system.

That’s right – bootable. Let’s say your Mac’s internal drive dies an untimely death. And all you’re getting is a white screen with a question mark when you start up your Mac.

What do you do? The internal drive is unusable! Well, plug in your backup drive and boot up from the backup.

With CCC, you can run your Mac from the backup drive as if nothing ever happened! (This has happened to me right before a recording session.)

2 – CCC can copy the entire contents of one drive to another on a schedule.

Want to automatically and routinely back up your entire external Project drive to another location? No problem!

3 – CCC can copy select folders or files from one drive to another on a schedule.

Prefer not to back up the entire drive, but only select folders or files? CCC has your back.

Once you download CCC, open the app. Like Dropbox, CCC will deposit itself in the Task Bar and run in the background.

If you don’t immediately see the CCC app open, then click on the CCC logo in the Task Bar, and choose to open CCC:

Upon opening the app, things will look pretty uneventful. So let’s create your first backup Task. Click on New Task in the header of CCC: 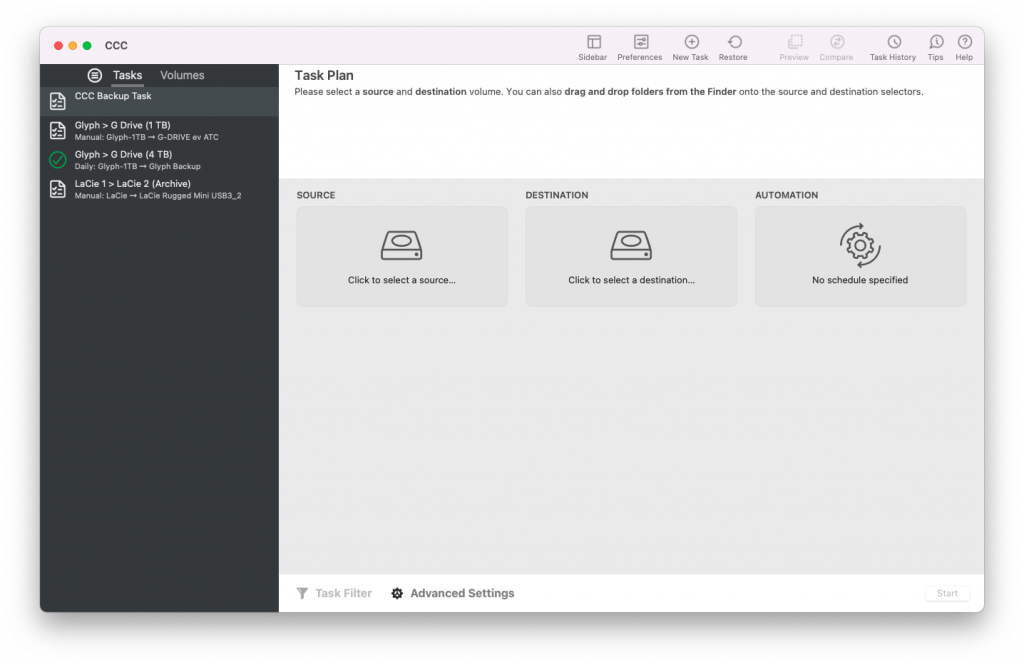 You then have 3 choices to make: 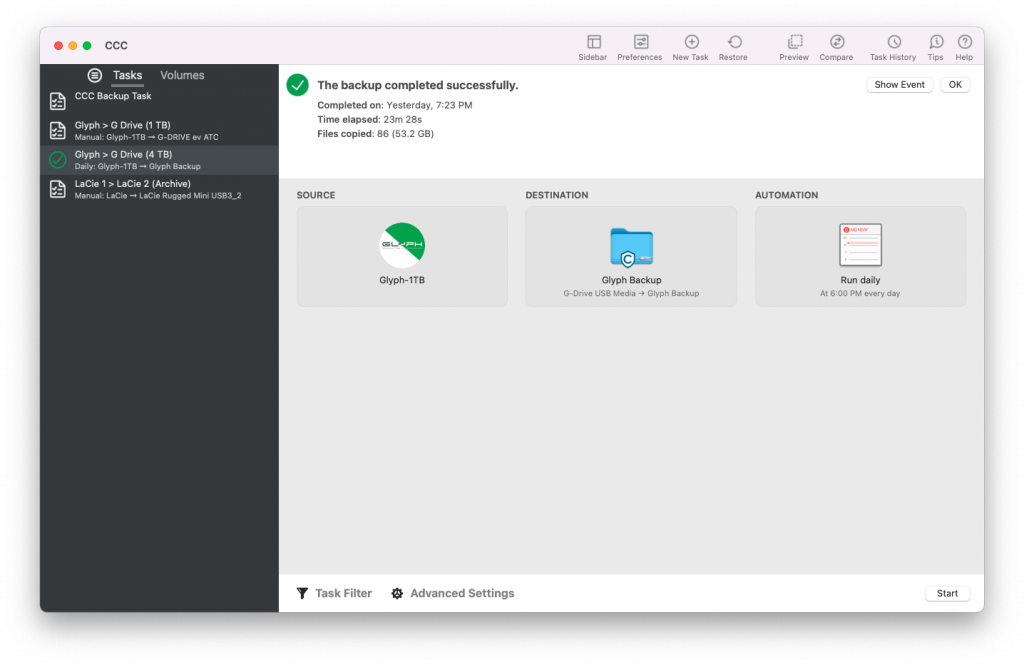 That’s it! Once you click Save, as long as both your drives are connected to your Mac, CCC will back up your Projects to your 2nd drive. And it will only update the files that have been changed since the last backup.

As long as you don’t quit out of Dropbox or CCC, your backup and archiving system is now fully automated. Isn’t that nice? 🙂

There you have it! A fully automated backup strategy. If you’ve followed the steps above, your Logic Projects should now be safely stowed away in 3 separate places. 2 local copies and 1 cloud-based copy.

I know this website is called Why Logic Pro Rules. And today I spent a lot of time talking about everything other than Logic Pro.

But maintaining up-to-date backups of your Logic Projects really shouldn’t be a question. Because all it takes is one bad day to ruin a lifetime of creative work.

Of course there are many solutions out there for backing up your Projects. But in my own experience, Dropbox and CCC have proven to be the most fluid and pin-pointed solutions around.

I hope this helps!