So sometimes you have to go hunting when you want to change a Logic preference or setting. Because of this, some Logic myths can be born.

I hate Logic myths. Ever since the release of Logic Pro X, the team at Apple have been killing it with updates. So it pains me deeply when I hear or read someone post something that simply isn’t true.

If you’re just getting started with Logic Pro X, or have been at it for a while, you need these preferences enabled. They can literally set the tone for a joyful Logic experience.

When you first open Logic, your mouse cursor seems to live a rather stable life.

It tends to be an arrow cursor, unless you change your left or right click tool using the menus in the Arrange Window: 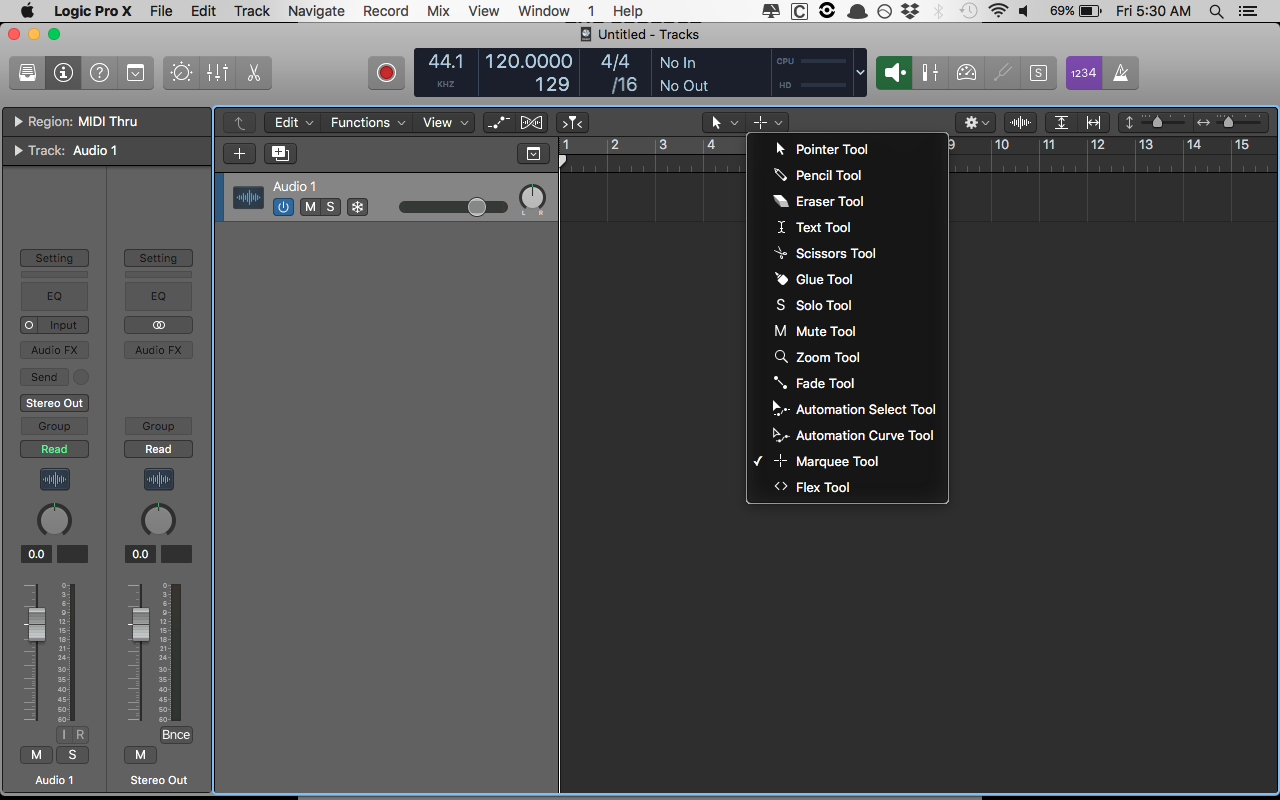 Or by using the Tools key command (T) to open the cursor menu: 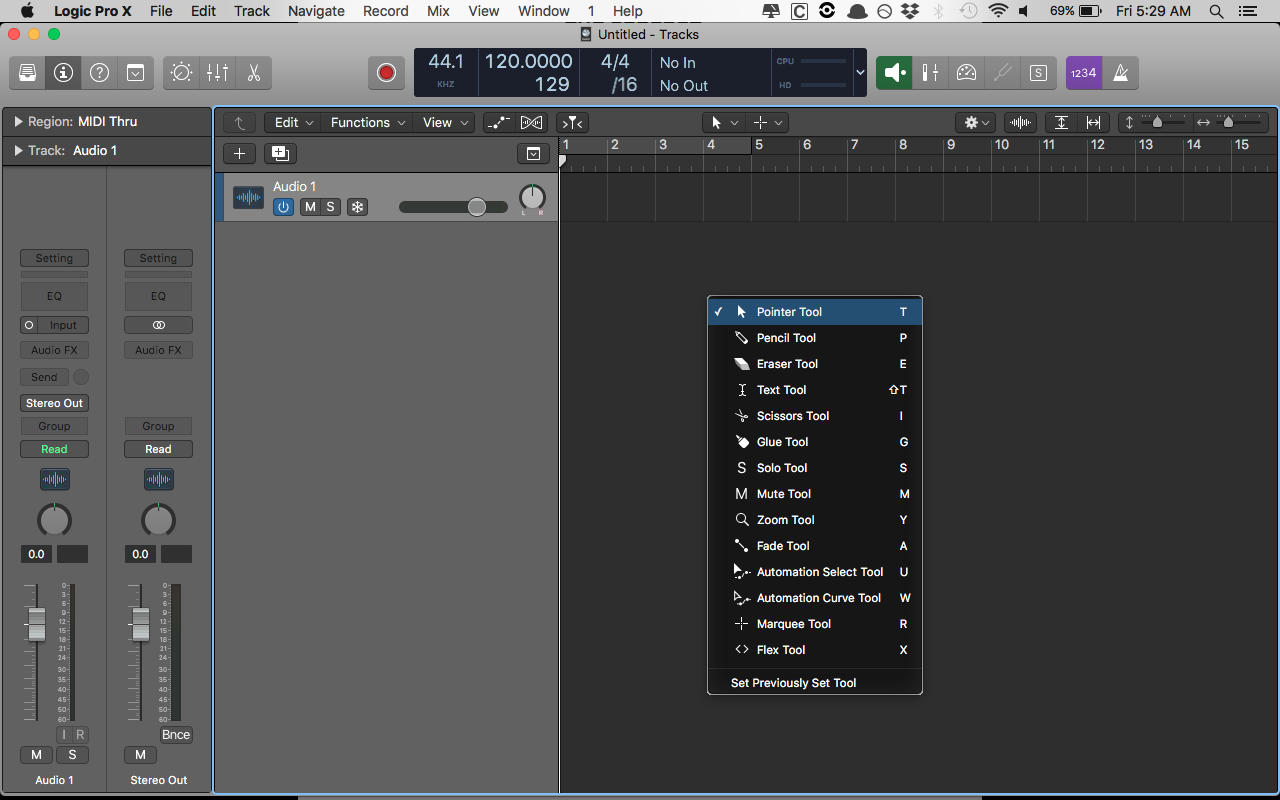 But the Logic cursor is actually more like a chameleon. A shape-shifter that makes your Logic experience fast and intuitive. It’s shape-shifting is based on location of the cursor, which we call Click Zones.

To access it’s hidden abilities, you’ll first need to make sure to have Advanced Tools enabled. To enable, go to the top menu bar and do the following:

And Show Advanced Tools. Make sure everything is enabled:

Now head back to the Preferences menu. But instead we’ll dig into the General preferences: 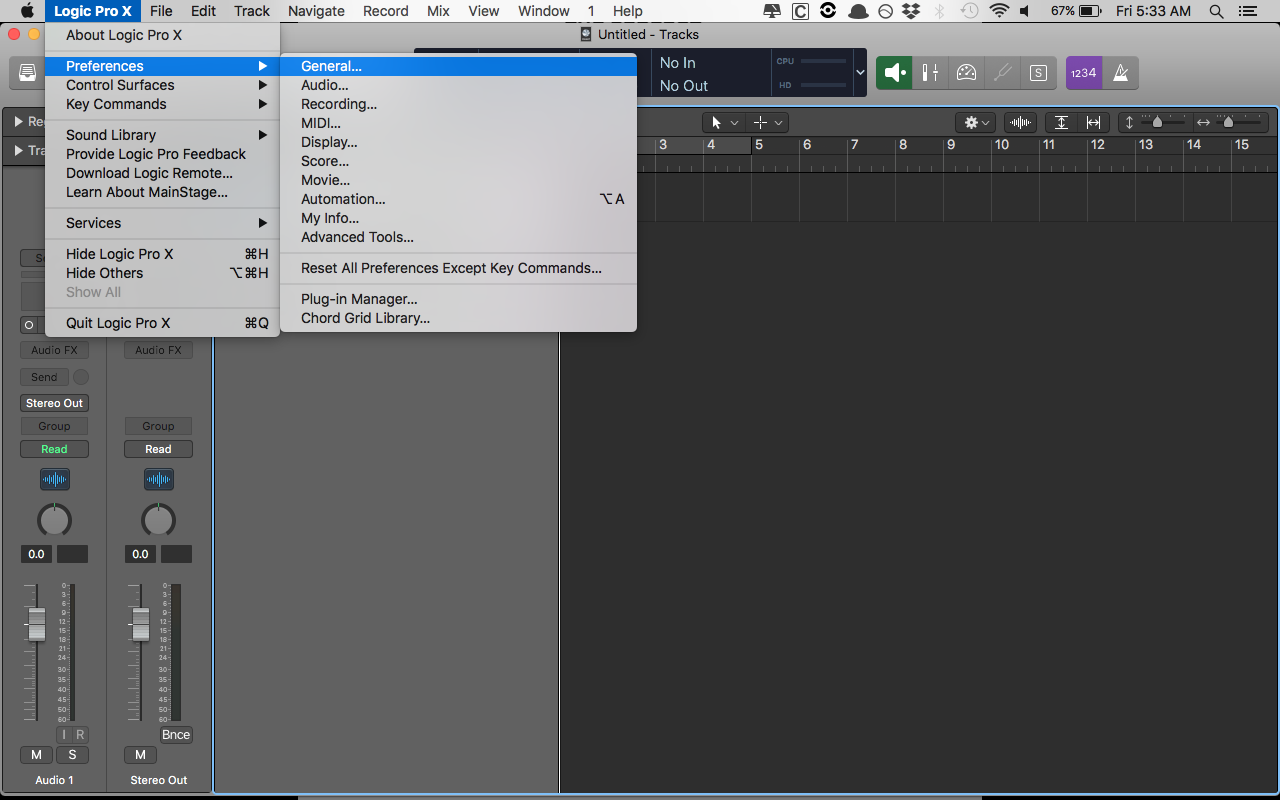 And then you’ll click the Editing tab within the General settings:

Lo and behold, about half-way down the menu we have a heading that offers “Pointer Tool in Tracks Provides:”

This, my friends, is the big kahuna. The Cursor Tool jackpot:

The beauty of enabling these Click Zones is that you can cut the need for switching cursor tools. Your most needed tools will now appear as you move around Logic.

Plus, once you learn the key commands for other the other cursor tools, it’s almost unnecessary to ever use the Tool menu.

Once you get going with Logic, there’s something odd about Logic’s playback behavior.

Whenever you hit play, Logic always wants to resume from where the playhead stopped.

This can get annoying after awhile. Nine times out of ten when you hit play, you want to hear from the last start point, not the last end point.

But it just so happens that changing where the playhead resumes from is almost as easy as breathing:

Don’t have the Play Button in the Top Control bar?

And in the second column labeled Transport, select Play:

Now you don’t have to move the playhead to the start of a section every time you want to hear it!

Get ready for the I/O Buffer to be your new best friend when working in Logic.

What is the Buffer?

Imagine a bucket. And then imagine a stream of water falling into the bucket. Once the bucket fills up, it tips over and gets dumped out.

Then imagine a waterfall falling into the bucket. The waterfall is fast and ferocious. And the bucket simply can’t keep up with the amount of water filling it.

Your computer has thousands of processes it performs. It seems almost effortless. But it’s not. Instead, your computer uses its CPU to buffer, or delay, the processes.

Some processes are more important than others. So your computer prioritizes those processes, and performs them based on priority.

So imagine that your computer’s CPU is like that bucket. And if the waterfall is too heavy, you’ll get this message: 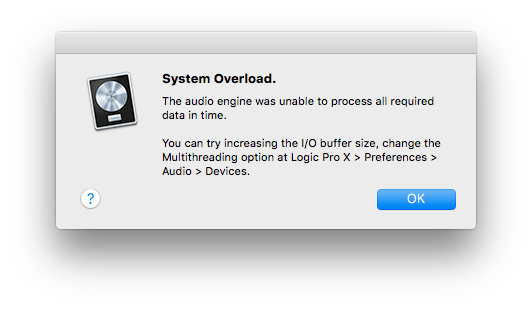 Audio production can be intense. If you’ve got a session that has 100 tracks with plugins, busses, and automation – that’s gonna be a lot for your computer.

So your computer needs help prioritizing what you’re doing in Logic.

But if you’re recording live instruments into Logic, that’s a whole other level of priority. So you need to adjust.

Therefore, you’ll need to venture into Logic’s Preferences to adjust the Buffer Size as you work.

The Buffer has the following sizes:

So say you’re about to record a vocalist. It’s very important to set your Buffer Size for this situation.

As the Buffer Size gets smaller, your computer makes Logic more and more a priority. But as the bucket gets bigger, it’s less of a priority.

If you set your buffer to 1024, that’s gonna be a problem for vocalist. You’re telling your computer, “this is not a high priority.” So your computer will delay resources for Logic.

The result is latency – an audible delay.

As your vocalist sings, she’ll hear her vocals delayed through her headphones. This will totally throw off her performance.

So in this situation, you want to set a higher priority to reduce the latency. For my particular system, I usually record with a Buffer Size of 128.

But say you’re mixing 100 tracks with tons of plugins and routing. In this situation, the 128 bucket is gonna be way too small for the load. And your computer will have a hard time making it all work.

To get away with such an intense session, you need to set a lower Buffer Size. 1024 would be the way to go.

Latency won’t matter in this situation, because no one is trying to listen to themselves as they record.

It’s a dance. Some numbers, like 32, will be way too small for your computer to record without overloading. So you’ll need to test what works best for your system.

To get the most out of Logic, you need to make yourself familiar with many preferences and settings. These three preferences will make a huge difference in your workflow:

You’ll get more mileage out of Logic with way less clicking around. And that’s another reason why Logic Pro rules.