Well, well, well! The year 2020 has arrived. When I think of 2020, I would’ve imagined flying cars. But technology seems to be moving fast enough that maybe flying cars aren’t too far off!

Of course, a new year is nice for setting new goals. And I suspect for many of us Logic users a new goal might be to create more in 2020.

You probably want to get down to launching or growing your creative work. I know I do!

My goal for the New Year is to write and produce more music. For many years I’ve focused entirely on mixing and mastering. So I’d love to carve out time to strengthen my songwriting muscles.

Of course, we can’t deny the elephant in the room…

Resolutions are great. But how do you start – and maintain – momentum for your goals through the New Year?

For example: many gyms see memberships skyrocket in January. Which is a fantastic step for many people. But as little as a few weeks later good people with good intentions fall of the wagon.

So whatever your goal might be, the biggest question of all is how do we make sure we don’t fall off the resolution wagon?

And I think sticking to your goals boils down to keeping things lean and simple.

By removing as many hurdles as you can from your workflow, you reduce the chance of inertia and procrastination.

So today I’d like to share with you my top 4 resolutions to adopt in the New Year.

These are 4 resolutions I’m going to lean into more to try and hit my creative goals. And I invite you to adopt them as well. 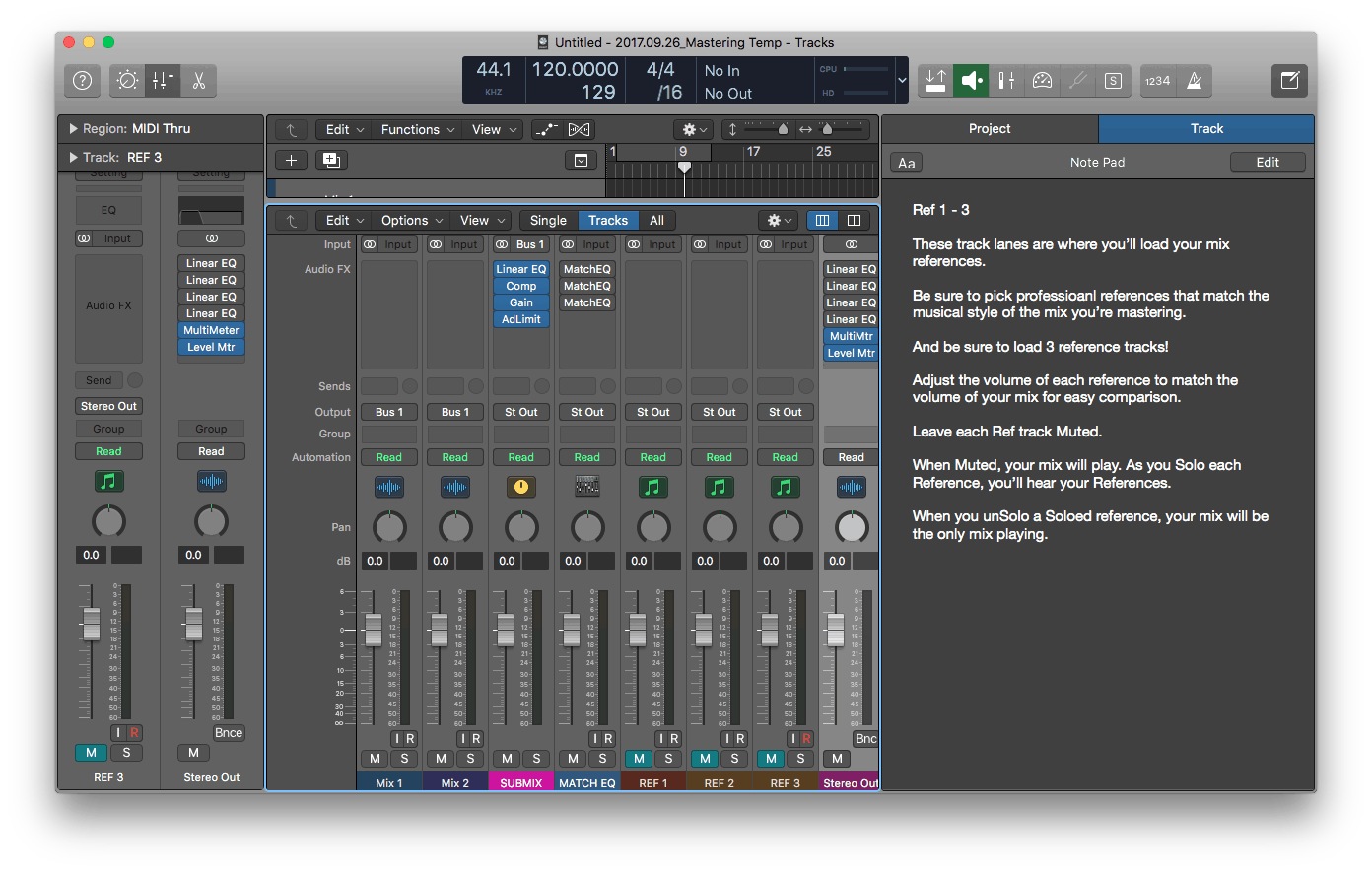 If there’s anything I wish I had adopted earlier on, it would have been creating and saving Templates in Logic.

Eventually I did come around to Templates. In fact, you can download both my mixing and mastering templates for free right here.

But it took me a looooooong time to stop wasting my time!

Every song or moment of creativity is its own special moment, right? You don’t ever know when lightning is going to strike.

And no 2 mixes or Projects are identical. So we assume there’s no “one size fits all” for plugins or routing.

But I bet if you analyzed your creative workflow, you would find that you tend to follow the same habits again and again:

Starting from a blank Logic Project takes time. So much time in fact, that it can sap your creative juices.

For years I would mix a Project from a Blank Template. Opening one plugin at a time. Routing Track Stacks and Sends. It took FOREVER.

And I would inevitably mess something up. Like forgetting to route a Reverb send. Or forget to add Fades to edited regions.

Templates are the key to creativity. By organizing our Logic Projects once, we can reap the benefits forever. You can create a Template for:

In a nutshell, you load up your favorite instruments, plugins and routing in a blank Logic Project. And then go to:

File > Save As Template… 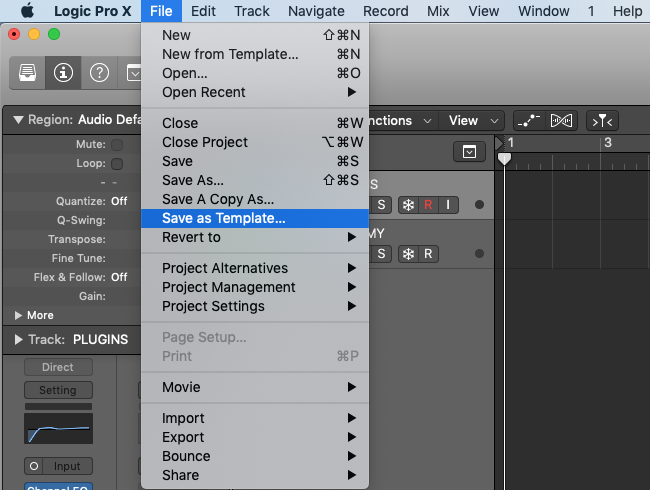 And once you’ve said your Template, you can open it any time by going to File > New From Template… 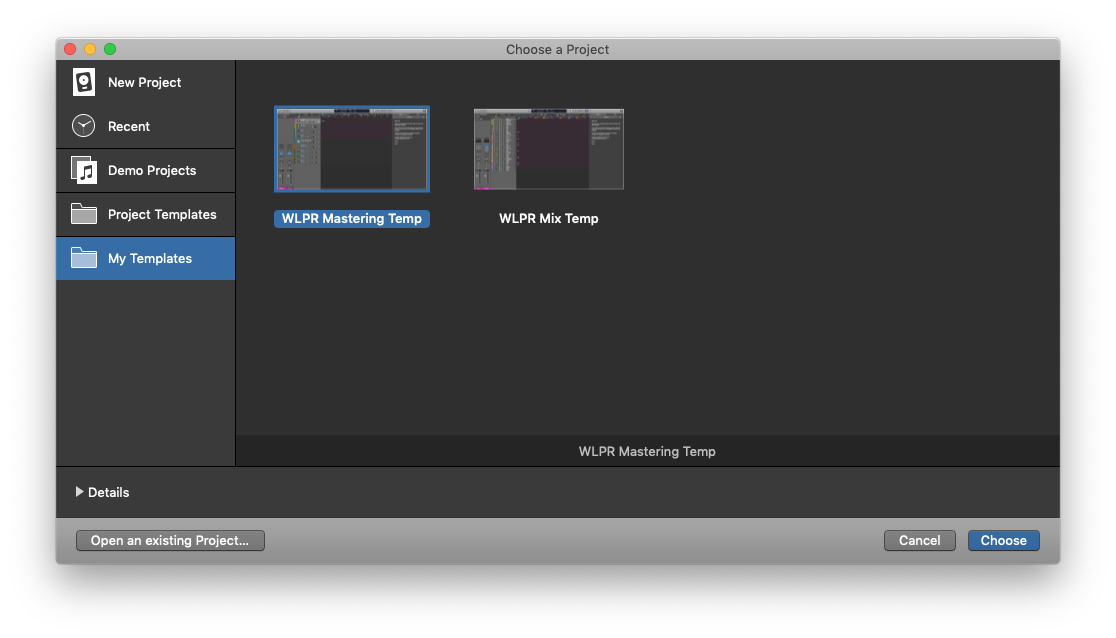 Additionally, you can make short work of loading plugins by saving Channel Strip Settings. Channel Strips are the individual strips in the Logic Mixer.

If you mix vocals a lot, it could be worth it to save a Vocal Channel Strip. So instead of loading 5 or 6 plugins one-by-one, you can load all 5 or 6 in one shot: 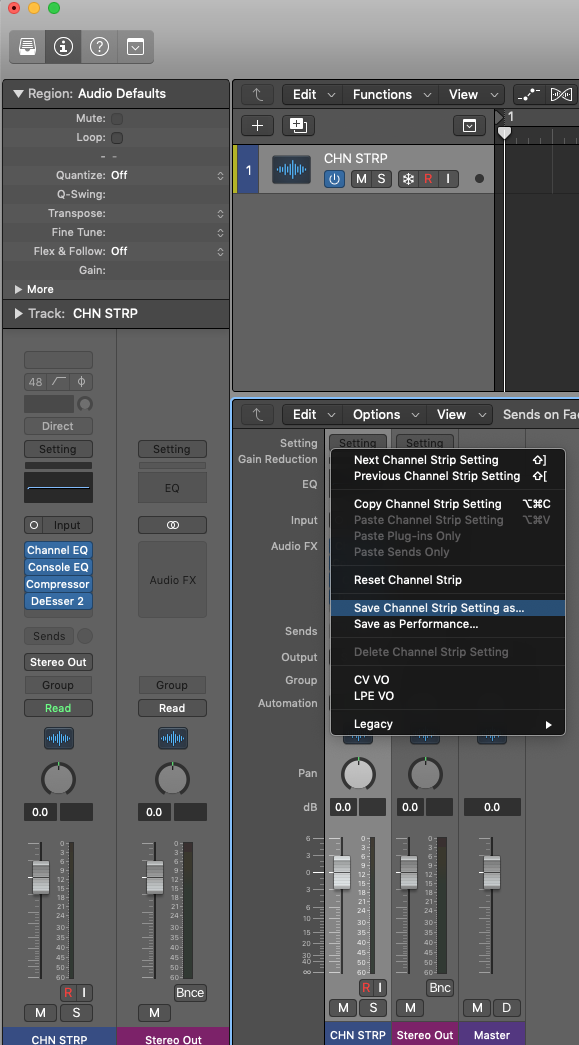 Great ideas can pop up when we least expect them. Wouldn’t it be nice to have the table set to capture those ideas? 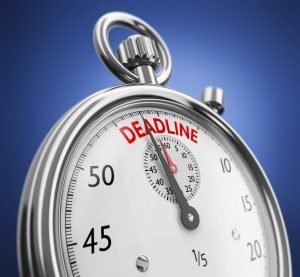 It seems in the years past I was a glutton for pain. Way back when I wrote music regularly, I had some high expectations.

From there I would hide in my creative space all day. And then I would try to conjure up a complete masterpiece.

Looking back, all I can do is shake my head. A whole song in a day? Not only a good song, but a great song?

Sure, we’ve all heard the story about the hit song written in half an hour. Speaking for myself though, that rarely happened. Instead, I tried to create inspiration in a pressure cooker.

With such lofty expectations, I only got more anxious as the day progressed. “Why am I having such a hard time writing? Try harder!”

By the end of the day I went to bed defeated and angry with myself. And this habit continued for many years until I wised up.

Then I learned a great lesson from a friend. This friend never worked on anything musically for more than an hour.

Sounds crazy, right? How could anyone accomplish anything in such a short amount of time??

But that friend taught me that there’s a lot of value in restricting time like this:

I expanded on this idea by embracing the 30-second riff. 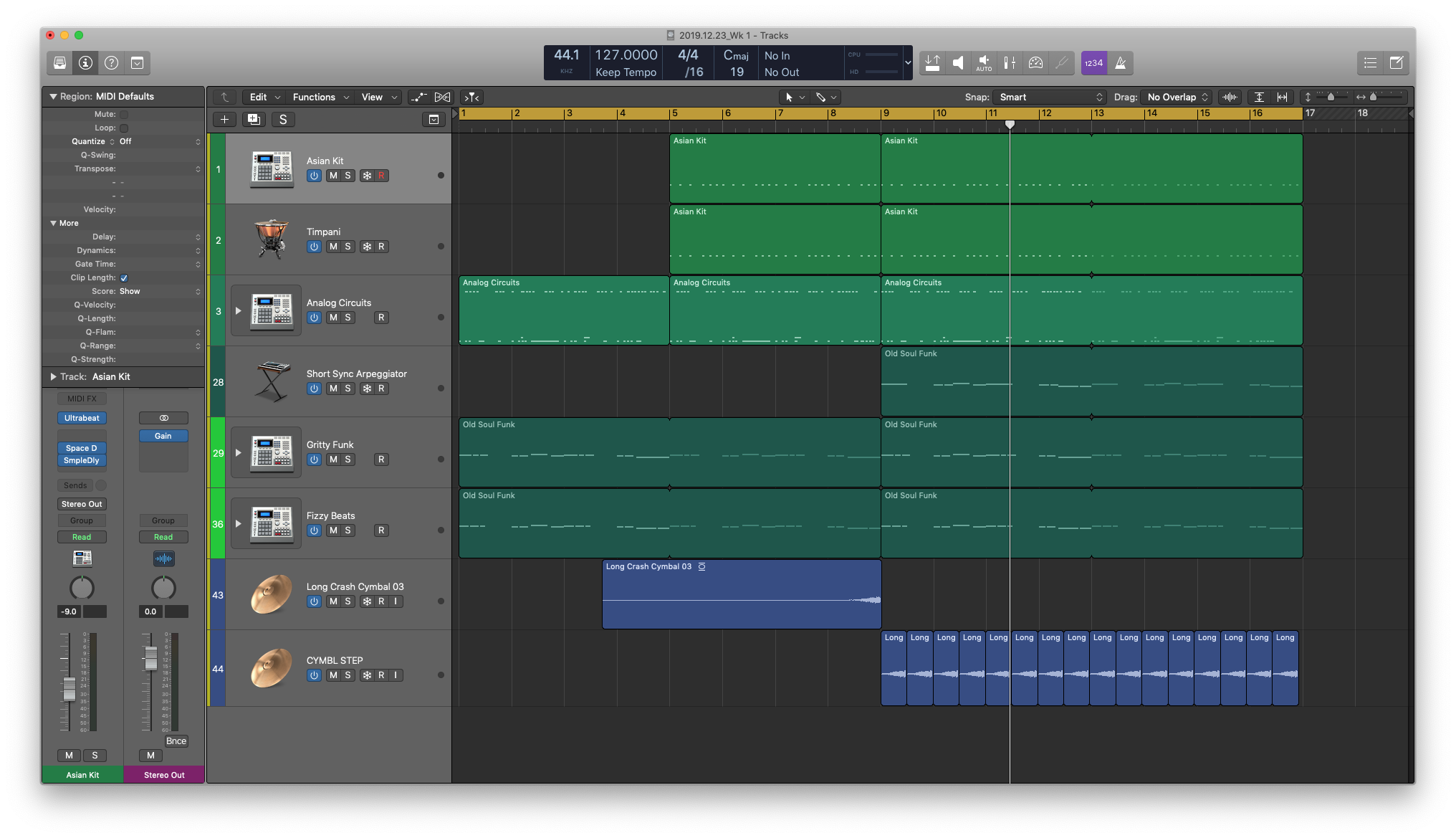 Trying to write a whole song in one sitting can be creative torture.

It’s important to get comfortable with hard work. Hard work can be transformative. But there’s also something to be said when work is enjoyable and not just drudgery.

So when I sit down to write, I try to write a solid 30-second riff. No more, no less.

And it doesn’t have to be the best riff ever! By setting the bar a bit lower, you increase your chances of success.

The 30-second riff is not about setting your sights low. It’s about building a habit that persists.

Your goal might be to write a full-length album. By setting incremental steps for your grand vision, you’ll have a better chance of finishing that album.

If you’re interested in tactics for restricting time and build habits, check out the following:

3. Not Buying Any Plugins or Software Instruments 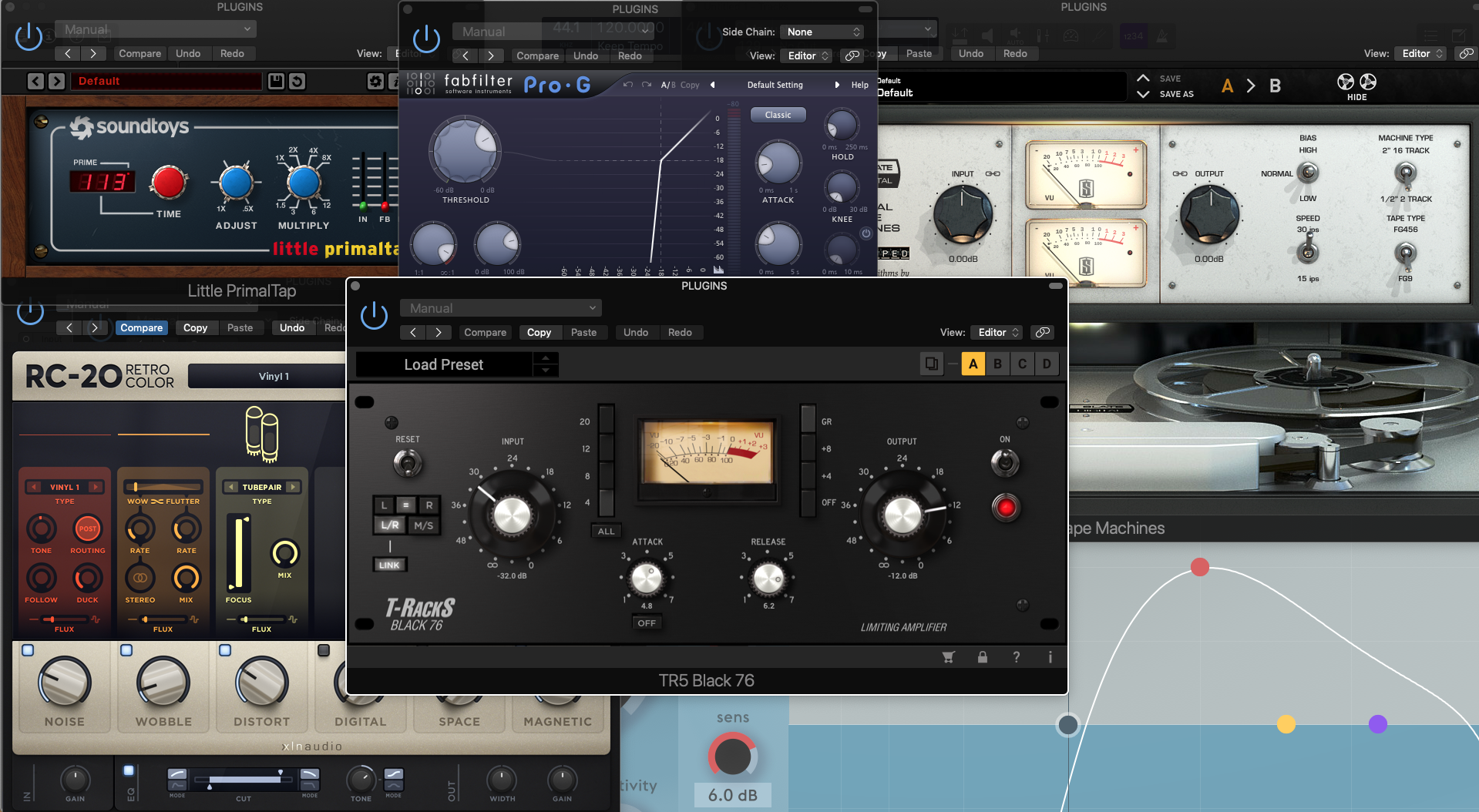 Hoo boy. I bet this resolution is gonna be a controversial one. So let me first say that this is my personal resolution for 2020.

I personally plan on not spending money on plugins or software instruments for all of 2020.

Now you might be inspired to set a slightly less militant goal for yourself. For example:

The point is I’ve spent A LOT of money on plugins through the years.

And yes, there are several 3rd party plugins I LOVE. But there are also many plugins I don’t even have installed on my Mac anymore. Plugins that I spent good money on!

Plus, I find as time goes on I’m finding more and more value in the stuff that comes with Logic.

It’s easy to think there’s greener grass somewhere else. And sometimes it is.

But I find it a *tad* hard to believe Apple or any other company intends to build something that sucks.

Maybe it’s about learning the tools we already have a bit better?

I’m not denying there aren’t fantastic 3rd party plugins out there. And if a plugin or piece of gear could be a gamechanger for you, I say that’s great.

But less time window shopping can be better spent creating. 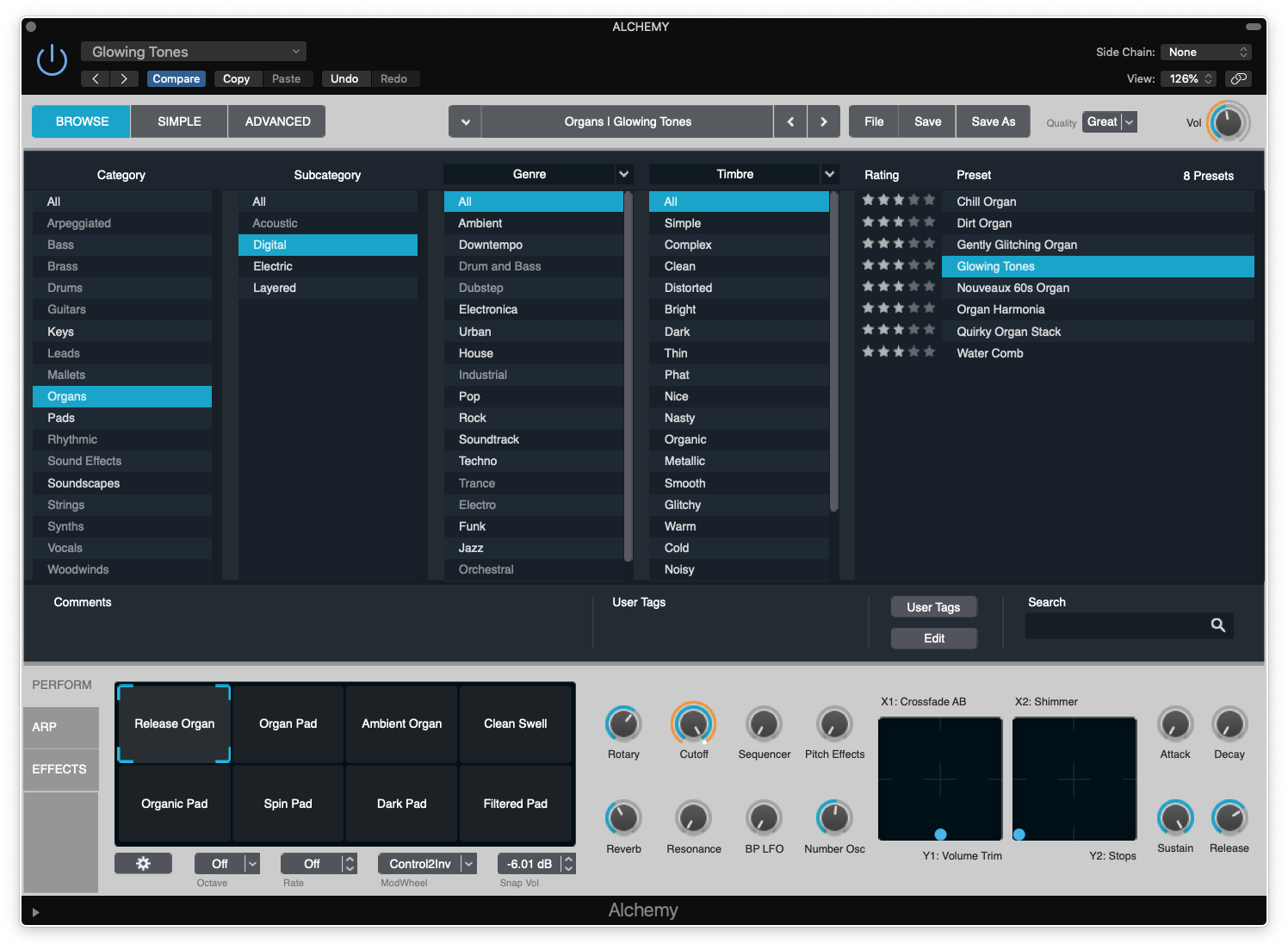 Presets get a bad rap sometimes. Very often forum lurkers like to point out that plugin companies could never, ever guess:

And I can’t say they’re not right.

But what those lurkers fail to notice is that presets can provide guidance and inspiration.

Thank goodness for presets! When I sit down to create, it can be mega intimidating to stare at a blank Project.

So I make liberal use of the Library and instrument presets in Logic. Alchemy’s presets can be a wealth of inspiration. Drummer is great as well for getting creativity percolating.

Just one sound or loop can provide the inspiration needed to create something uniquely our own.

And plugin presets can be a great source for guidance as well!

Sure, maybe that vocal EQ preset isn’t custom made for your vocal track. But that preset can at least give us some clues for how to EQ our vocals:

For example, why is the Warm Vocal preset above set up the way it is?  Why is it lifting the top end like that? How come there’s a boost around 250 hz? 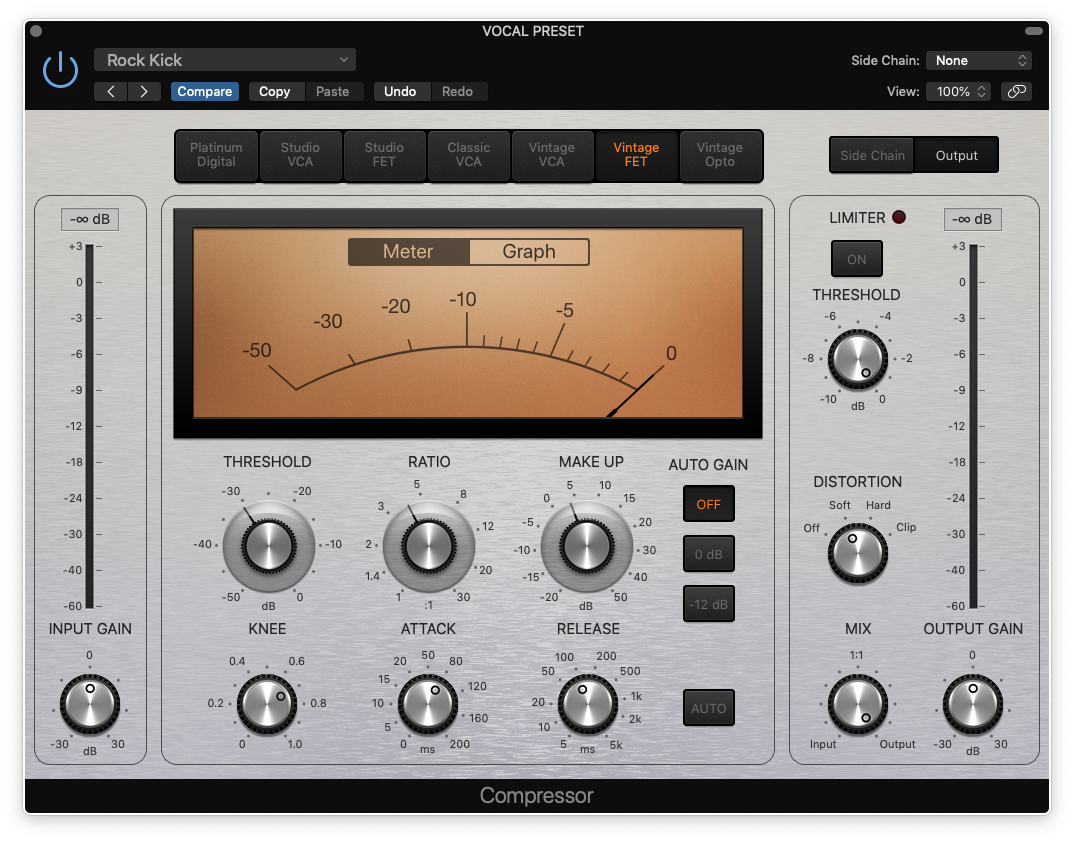 Or why is the Rock Kick Compressor preset above set up like that? Why is the Attack so slow? Why is the Ratio set to 4:1?

More important: does your kick drum sound better as a result?

Presets are wonderful little things. Don’t let anyone shame you out of trying them out.

There we have it! 4 new resolutions for creating more in 2020:

Have a workflow enhancing resolution of your own? Let us know in the comments below!