If you’re anything like me, when you bought Logic you just couldn’t wait to get down to recording music.

Every instrument, amp, and plugin had your mind racing. Each offering the promise of great songs yet to be written.

But there was one thing that didn’t sit right.

Call them what you will – those pre-made sounds and settings that fill each instrument menu.

The idea of using something that you yourself didn’t create just feels so fake, doesn’t it? It’s like you’re painting by numbers. Someone else made the sounds and you’re just playing “songwriter.”

But in fact Logic’s presets are your head-start to creating great music fast. By opening your mind to the opportunities Logic gives you, you have no reason to ever be without inspiration.

The Journey to the Summit: Writing a Song 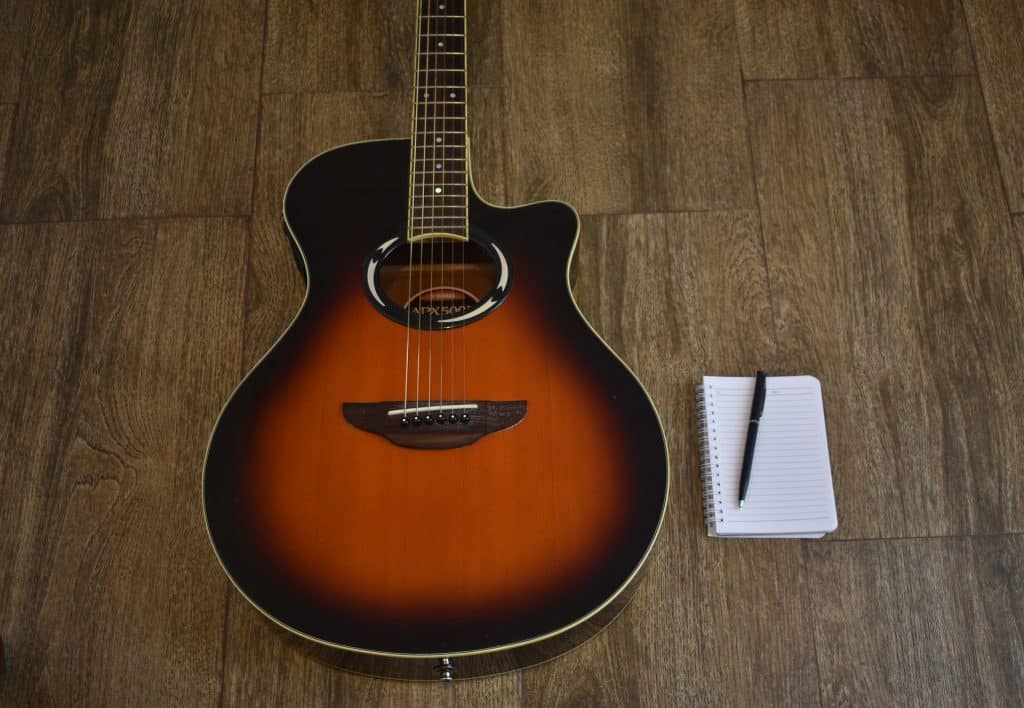 The best songwriting decision I ever made was embracing a Preset workflow.

But it took me a long time to get here.

I started making music playing in rock bands. They were always the  classic line-up: drum, bass, guitars and vocals.

And the songwriting process was always the same. The guitarist would play around with notes and chords, trying to find something that sounded cool.

Sometimes they’d write with the band. And sometimes it was by themselves. The guitarist would fumble blindly with their guitar, trying to find something that sounded cool and exciting.

Sometimes they struck gold! They unearthed a riff that really hit a nerve.

From there would begin the loooong process of writing a new song. And usually that process took forever. Sometimes months. Even years! Ever go through this songwriting struggle? The inherent problem with this approach boils down to one little word:

Or to be more precise – trying to find inspiration.

Inspiration is a terrible thing to rely on. First off, you never know where it’s going to come from. Second, when you don’t have any inspiration it’s damn hard to get started.

So each time you sit down to write a song you’re starting from a Blank Page.

And there’s nothing more intimidating than a blank page.

Staring at an empty project gives you nothing to work with. There’s no thought for you to expand on. There’s nothing to argue for or against.

That’s why Logic’s Instrument Presets are your best friends.

Though it feels so wrong, the Logic team have given us a beautiful tool kit. Because no matter how uninspired you feel, you can can pull up a:

And have an idea to leapfrog from!

Even if you hate the sound, it at least makes a suggestion. And if you really hate it, you can always pick a new sound 😉

Whatever music you like to make, the goal is simple:

Get down to writing music – fast.

To write quickly you need to give yourself every advantage you can. So set aside your biases, and put aside all those awful things people say on audio forums.

Don’t sit there and wonder to yourself:

“Is Logic’s synth patches as good as X?”

“Does Amp Designer sound as good as the real amps?”

It doesn’t matter. The point isn’t to fall into a Google Hole comparing Virtual Instruments. The point is to write.

Once you can get past your anxieties and doubts, you can do amazing things with a Preset Workflow. It’s as simple as:

In face, I’ve found that a cool patch or amp rig will actually inform my playing.

Often I’ve found the best way to start is with a Drummer track or Apple Loop in the style I want to write in. These are great because they’ll adjust to your Project Tempo and give you a backbone to build with.

For some reason a lot of us have a real existential crisis when it comes to presets. That if we didn’t create the sound or riff that we’re somehow “cheating.”

But the fact is the Logic team has designed a beautiful set of presets, loops and patches for us to use!

As soon as you let go of this idea of “authenticity,” the faster you can get to creating amazing music. A sound or a loop is just a diving board for you to dive into the deep end of creativity.

Try this the next time you sit down to write:

And just see what you come up with!