For as awesome as Logic Pro X is, it’s also a deep application. And if you’re not careful you can end up lost and alone trying to figure out what *should* be a simple task.

Of course, WLPR and many other websites benefit that Logic can be tough to learn 😉 But that doesn’t mean that Apple hasn’t been doing its part to help you through the maze that is Logic Pro.

Since the release of Logic Pro X, Apple has introduced (and continues to introduce) features to help you out. Additionally, the amount of Apple documentation online today for Logic Pro is truly mind-boggling.

I mean it. Google anything related to Logic. Starting with:

And Google will return an Apple Support document on the first page of results. And its something straight out of the manual: 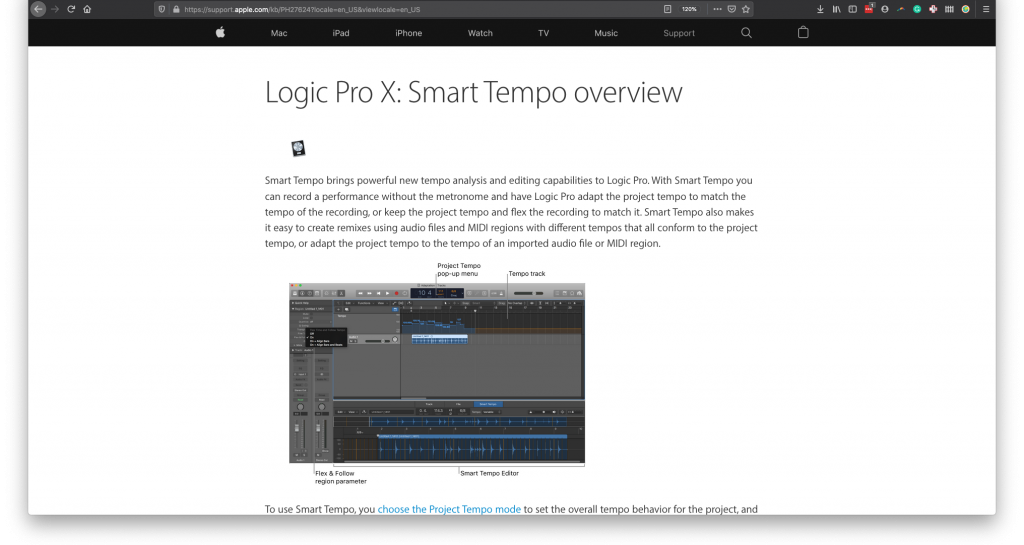 On top of the wealth of support docs (which I regularly look at), Logic Pro also includes a helpful Quick Help button.

Quick Help is a pane, window, or bubble that helps you get around Logic. Whatever you hover your mouse over, the Quick Help dialogue will tell you something about that feature.

So Quick Help is like your personal DAW concierge. Delivering insight on just about anything in Logic.

And Quick Help will open the related documentation straight from Logic!

Beyond that, you can customize your experience to be as complex or inviting as you need by digging into the Advanced Tools.

Or head over to Logic Pro X > Key Commands > Edit… to find and learn about any key command you want. Either by searching for the name of a function. Or simply pressing some keys on your Mac’s keyboard.

The Logic team at Apple has been killing it trying to make Logic Pro more accessible to you and me. So in today’s video let’s check out the wealth of support tools and documents.